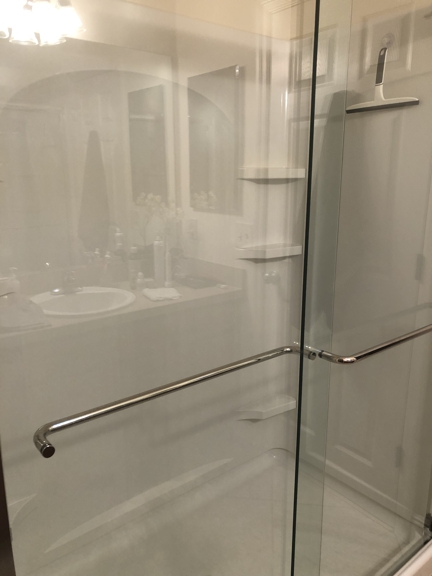 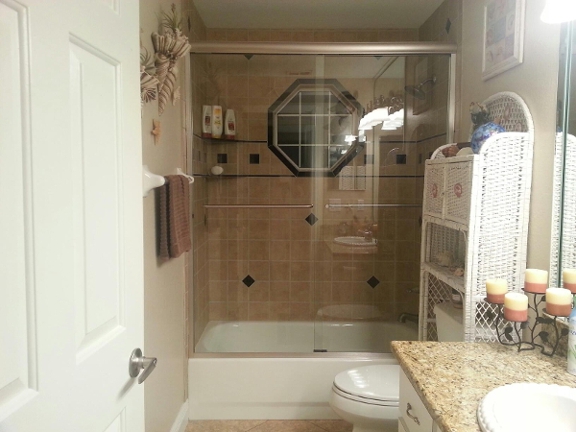 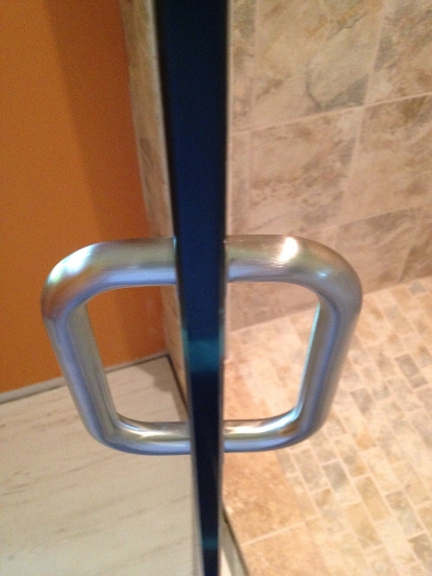 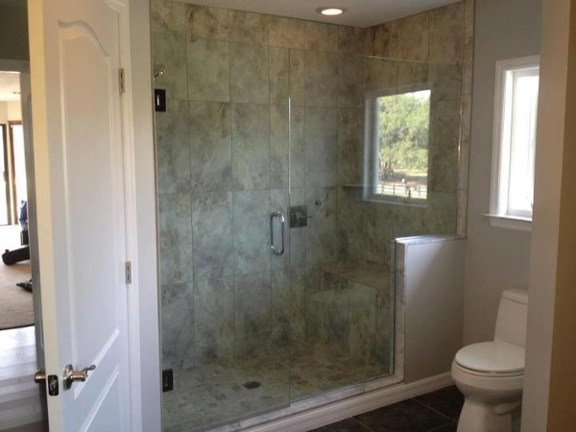 My glass shower door was starting to sag to the point it was hitting a glass panel where the door met the panel. Kenny set up an appointment in two days and Ken arrived on time. He had the issue solved in about 20 minutes. I was very pleased with his work. I would recommend him to anyone might ask.

I had the old 2004 plastic shower removed and Corey McDermott, tiler extraordinaire, put in a new one. He recommended Kenny Berry to do the doors. I was thrilled not to have to hunt around for someone to finish the job and was so impressed with the friendliness and extreme professionalism of Kenny and his staff.

Kenny Berry installed a beautiful shower door for me in November 2020. The work was flawless. In December 2021, I had a leak in my master bathroom that required a total rip-out of the shower stall. The restoration company did a less than stellar job of reinstalling the bathroom door. After they came out twice for "adjustments" I told them to give it up. I called Kenny. He came out and in less than an hour, corrected everything they had done wrong and restored my door to the excellence that is a hallmark of his work. I can not say enough good things about this young man, his talent, his attention to detail, his perfectionism, and his ethics. Highly, highly recommended!

WE have been in DELL Webb Spruce Crek Summerfiled Florida for 10 years, Kenny Barry Shower Door was the most professional service previder we have encountered. Prompt,effiecent , honest and extremely professional. The price , the product, the service deliverd were first class. A no brainer recommendation.

Professional and courteous. From measuring to installation. I was amazed at the workmanship and quality of the shower doors. Installed and cleaned, you never knew they were there. Wonderful, you can't go wrong! A+++

Great company to work with. They installed glass doors in both of our bathrooms. Both look beautiful. Timely responses. Installation took less than 30 minutes. We highly recommend this company.

What an amazing new shower door. Kenny and his crew are awesome to work with. One gentleman shows up to take the old shower door down and then two others show up with new door to install, Easy Peasy - no muss, no fuss. I highly recommend Kenny Berry to replace your shower door with a beautiful full glass door. Prices are great too!

Kenny Berry and his wife Stacey are very helpful. I rated them 5 stars because of how professional they are. Calls and service response is quick and effortless. The staff goes out of their way to make sure you are a satisfied customer. I love my shower doors and they make my master bath look like a million dollars for my rental property.

Best service ever. Timely and beautiful door. Recommend to all my friends. Will definitely use again.

We are new to the Ocala Area, and loving our new home and area. We were in desperate need of new shower doors in both our bathrooms. I called 3 different companies to get estimates and Kenny was the ONLY one that even responded and called back and set up an appointment right away. Stacy who handles the office is Amazing! This company is very honorable and when they tell you something they TOTALLY live up to it. Show up exactly on time, and honesty is above board. We received both our doors exactly to the day Kenny said we would. The installers that came out, Jeff and Cliff were EXCELLENT! Prices are definitely great. I cannot express enough how satisfied my husband and I are with their work and customer service. They show Customer Service like we have not seen in years.

This is an A+++ #1 STELLAR business!!! Not to mention, Kenny (the owner), is super personable, friendly and reliable!! When I first reached out to Kenny regarding the purchase of our shower doors, he really took the time to speak with me and was exceptional when it came to him giving great advice and recommendations. After figuring out exactly what I wanted, Kenny then scheduled me to have the installation done. I was very impressed with his follow-up calls and text messages to alert me on the process and timing of the delivery for my installation date. When the actual date for the installation came up, he sent two of the nicest workers that completed the job! Their workmanship was impeccable!! It's remarkable how meticulous they were with clean-up and caulking... it truly looks AMAZING!!! I'm absolutely THRILLED with the end result!!! Thanks SO much, Kenny!!! I'm not surprised at all that you've been awarded "The Best Shower Door Shop!" You definitely deserve it!!!! If you're a consumer and you're looking for shower doors, look no more -- you've found the cream of the crop!!! :)

Recently had Frameless Shower Doors installed by Ken Berry. The doors are absolutely beautiful and the installation was absolutely beyond perfect. I am a very very picky person and find fault always but not this time. I had another set installed years ago by another contractor and I’d rate that one a 2 star compared to Kens which I give a PERFECT 10!!!!!! I had to delay the install and they were so accommodating. They always I mean always answer the phone, which now a days is priceless. Thank you guys so very much.

Was referred to this company by a neighbor. Was out the day I called to give me an estimate and in 2 weeks had a beautiful frameless shower installed. Everyone was so professional and kind. Would definitely use them again. Thank you so very much.

Mr. Berry arrived promptly at appointment time and proceeded to check a problem with a glass shower door. He fixed the problem within minutes. Mr. Berry was professional, knowledgeable, and courteous. If I am ever in need any other services Mr. Berry provides, he will be the first person I call.

We just had the shower door and glass wall replaced by Kenny Berry Shower Doors, the gentlemen did a fantastic job, they were here and gone in less than one hour. We would highly recommend their company if your looking to give your shower a little lift after 20 yrs. Looks like a brand new bathroom.
Thanks Kenny and Company.

Before using anyone, I always check our community vendor evaluations. Kenny Berry has a 5 star plus rating from every single reviewer, which is unusual. Kenny answered all my questions when he came to do the estimate. The actual door installed looked even nicer than the picture he showed me. He said the work would be done in an hour and it was. He was able to get the installation done within a week of my booking the job. My experience could not have been any better.

Kenny and his team were extremely professional and helpful throughout the entire process. After spending a week just trying to get a quote from another company and then being told it would be 10-14 days before they could even come measure, I decided to try Kenny instead. He called me back right away, came to take our measurements as soon as the shower tile was ready and had the glass installed two weeks later. The price was extremely affordable, his team communicated well with me during the entire process and the final product looks fantastic. I would absolutely recommend Kenny Berry Shower Doors to anyone!

Excellent service and the job was professionally done. Bud and Jeff did a excellent job installing are shower door. It looks beautiful!. We're very happy and would definitely recommend Kenny Berry Shower Doors to anyone.

Kenny came to estimate the frameless shower doors install. He was prompt, courteous and very knowledgeable. A week later they called and said they could do the install the next day! The gentleman showed up right on time and in about an hour he had removed the old doors and cleaned up all the old chalking. Less than an hour later the install crew showed up and did a fantastic job installing the new doors. They look great and the whole experience was stress fee. I would never use any one else should I ever want to replace the shower doors in my guest bathroom.
Thank you for a great job

Fabulous service, from taking the old out door, cleaning, and installing the new door. LOOKS BEAUTIFUL. Each person was professional, courteous and caring. I would recommend Kenny Berry Shower Doors for a Quality Service anytime.