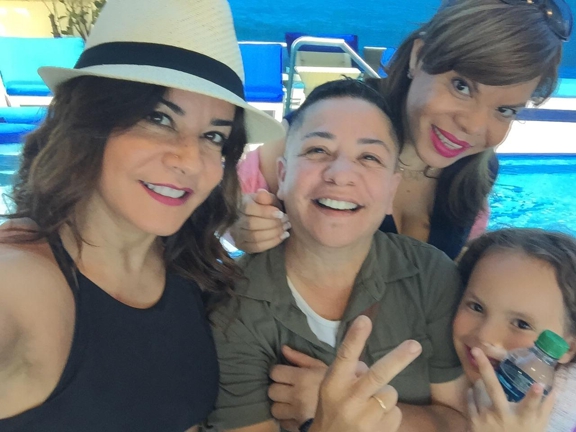 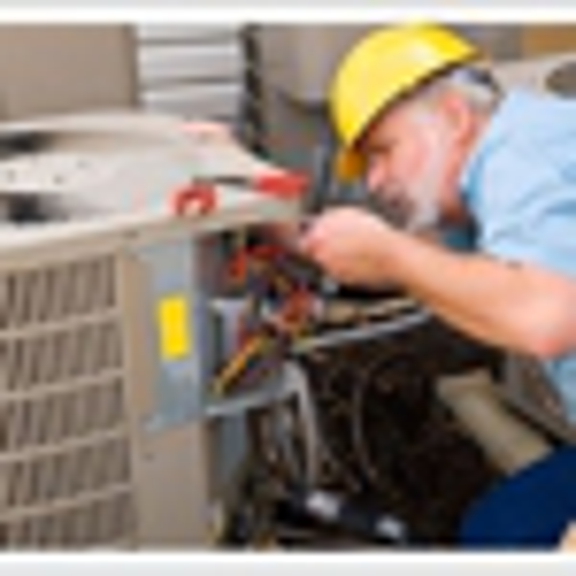 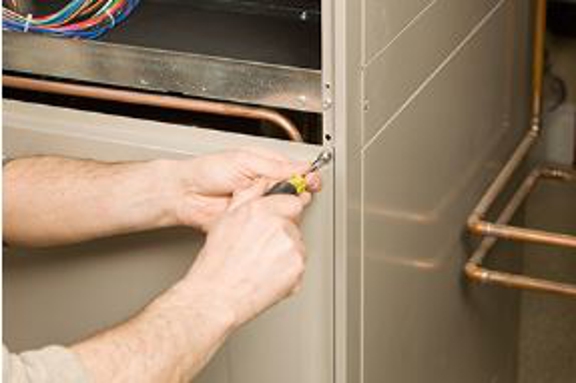 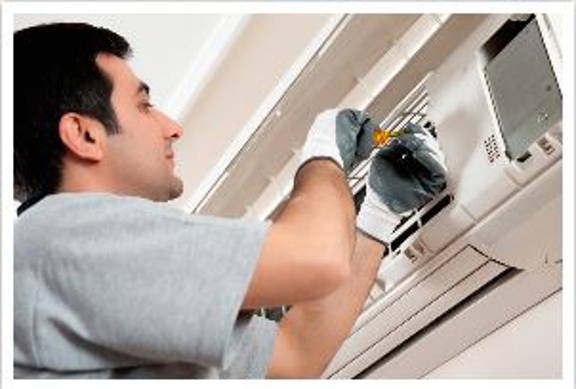 I called several companies to come fix my heat for three days no company could fix it they bandaid the furnace for a day after that it stopped working completely , So I called Doctor Hvac and got a skilled technician to come out and look at it he saw the problem within 15 minutes i had a cracked furnace that was allowing dangerous fumes into the unit so it completely shot the bed and i already spent $1289.00 on a company that said it was only a exhaust fan that needed replacement called that company to get a refund after the fact it wasn't a fan motor , Doctor Hvac technician Mike was so prompt and found the problem in minutes the unit was cracked inside so it gave the same problem to Mike but he was shocked the other company would do such a thing he gave me 15 percent off my mew furnace and had it installed 3 hours and 38 minutes from start to finish I went with York Furnace that was recommended from Doctor Hvac well done thank you .

My heat went out and after a few calls and no shows I needed a company that could guarantee that they show up so I reserve an emergency appointment with this company and they show the technicians that came out took about three hours to fix with having a couple parts at there office supplied at a late hour was key to getting my furnace up and running I like there service , its neat and very good rates during a very stressful situation !!

I came home from work late in the evening and turned up my furnace only to realize my heating system would not take the chill out of the house, very worried about calling a plumber late in the day i kept hoping some one out of the 5 I called would show up, comfort specialist said as soon as i finish the job I am at I will be there, sure enough an hour or so later they were at my doorstep, very polite and clean cut plumbers, after a diagnosis was told my burner was in need of parts, they had them in there truck and had the system up and running in no time, the bill was very reasonable and I would call them any time very knowledgeable about my heating system, gave them a 5 for courtesy, completion and cost.

I am very happy with the level of service i have had with comfort doctors. after purchasing a new system recently and noticing it wasn't working like it had when i bought it i gave my installer a call and got excuses.

so i gave them a call to see if they could have someone out in the same day to figure out why i wasn't getting cool air. David and James arrived quickly and figured out I needed a refill and a filter change and that it would be like it was in about a hour and it was done my ac was fixed in a hour and the problem was solved In a afternoon they even left me a pack of filters and showed me how to change it.

After the recent cold weather, I unfortunately had a frozen pipe that burst, but I was not the only one. The first 3 plumbers I called turned me away because they were flooded (ha!) with calls of frozen pipes issues. When I called the doctors, they too were fully booked, but the man I spoke with, Jeremy, went above and beyond what I expected by offering the very first available appointment the next day and offered to call me back with any cancellations and was upfront on what to expect, not only cost-wise for the visit, but also what the work might entail. Real class act. I was very impressed. Thank you!

Btw, he did call back!

They came and diagnosed the system and found it had lived past the life expectancy of the machine so it needed to be replaced they had a new system in my house up and running in a couple hours very good crew of about five very courteous from the start to finish would recommend these guys to my own family. Thanks

Great prices and fast service all in all great bunch of experts from the phone call to the response I am nine months pregnant and the A/C went I needed the fastest company possible and these guys went the extra mile to fit me in at 4:00 afternoon last week and were gone at 7 great job I got a great night sleep all week!!!!

Love the new heating system guys and your prices compared to some of the other companies .

GREAT price on water heater and nice guys who installed it I'm a fan of Dr Plumbers.

Thank you so much for your service our A/C works Wicked!!!!!

My A/C was about five years old and was running but hot air coming out . Very courteous from the telephone call all the way to the time they left our house .Nice Job !!!

I had about three companies quote my house for air conditioning I got quotes a couple thousand more than this company quoted they showed up on the day they promised took the time to clean up after themselves never even had to ask them they just did what they were supposed to do and great ten year warranty on the system good customer service and answered every question we had along the way without any yelling or swearing.

5 stars because they were very neat .

A+. Excellent heating maintenance/service company - knowledgable, professional and courteous. Our furnace stopped working overnight in frigid weather and I called Dr. Plumber first thing in the morning based on the number of positive reviews I saw on YP.com. I had never heard of them before. They said they would be able to come in to look at it in 20-25 minutes - and they came in right on time as they promised. They spent time explaining/showing the problems they found and recommended changing out the existing 25 year old furnace. They gave me a written quote and said they could get the job done the same day. I made a few more calls to other heating service companies and found out that Dr. Plumber was the most professional, clear and thorough in communicating the issues to me. I gave the job to them, and they completed it within the time they promised, within the quoted amount and without any hassle. I was very pleased with their service and their professionalism. I would recommend them to anyone looking for a solid heating service company and I would definitely use them for heating/AC/plumbing work in the future.

I've had the pleasure of working with the direct owner of this business on several occassions. I've never experienced anything but exceptional and professional service each and every time.

Every year I have a regular maintenance done on my heating system.I called a couple of companies last winter and used one of them.I was disappointed.So I decided to try someone new.I called Dr.Plumber and they were very professional right from the start.They were also able to provide us with same day service.They went over all the pricing and maintenance with me beforehand.And for someone who doesn't know much about

heating they did a good job of explaining the work they did in a clear and simple manner.I highly recommend this company

This company comes highly recommended from yellow pages . com which I can say they are highly referable in my eyes from the beginning of summer my A/C had not been running good I saw the outside unit frosting up and realized I better call somebody quick, I used a company in the past that I had a terrible experience with so I wanted to change who I had been using I went on to yellow pages.com to see some of their reputable companies I was calling around and found some companies were not able to respond as well as bad customer service I called Doctor Plumber after the third or fourth phone calls and found their company to be the top company with their response service same day service I was pleased at that it was a Saturday they had the stock on the truck and were able to get the machine running better than it was running from the beginning of the summer also very clean gentleman looking technicians they never even batted an eye lash to go up in the attic to fix a start component that was making a smell it was 140 degrees up their and he was working for twenty minutes up their my last guy used to go up their and come down in two minutes Panting and sweating and cursing these guys were very professional in my eyes.I thank you for the great service Allen Fitzgerald and family.

I had three different companies come to my house to look at my central air.It was shutting down on its own last summer and didn't want to go through that again this summer.The first two companies told me that my whole system was shot and that I had no choice but to replace the whole thing.Thousands of dollars!The last company that came out to me was Dr.plumber.After looking at my system for just 20 minutes they told me that it was actually repairable.They went over everything with me in a clear manner and were able to fix my unit right then and there.I saved so much money.I later found out that most companies will try and sell you brand new systems even if your existing one is repairable.I really appreciate this companies honesty and consideration.And would highly recommend them to anyone who appreciates great work ,customer service,and fair game.Thank you Dr.Plumber.

I use Dr.Plumber every year to service my tenants central air units.Year after year they are prompt,fair,and professional.Most companies will try and replace your units whether they need to be replaced or not.These guys go the extra mile to repair and maintenance them.Any questions that I have are always answered,and they always give me fair pricing.My tenants also remarked on their politeness and cleanliness.I appreciate their professionalism and highly recommend Dr.Plumber.

Needed an a/c specialist for our office it was so hot Saturday we found Doctor Plumber searching on the computer these guys came recommended so I called the company and was able to get someone to come out the tech who came out diagnosed the problem it needed some refridgerant and two parts that functioned the compressor and fan after a couple hours our office was back to normal courteous and I was able to get good pricing these guys are professionals. 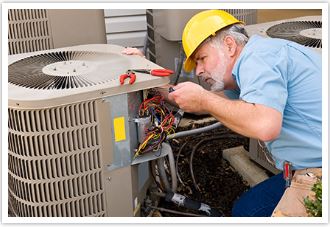