Cheap yes!Unprofessional yes!!Criminalk getting your info including your credit card name and phone number no matter if you change it"yes"!If you anwsered yes get metro you are a canadite.

Very poor customer service, worst experience I have ever had. Very unprofessional, didn't seem to know what they were talking about

I was just online and YP flipped up on my browser. I think my computer has a virus. Also, I once remember hallucinating some man telling me that "the only thing I need was a 'phone book'".

i wouldnt wouldnt send my best friend to these crooks they lie and steal and charge your credit card card,, haha i stopped payment n still got phone using it as a paper weight there used cellphones are someones elses nightmare

After paying for service with this company for over three years, I moved to a large city in SC, which this company apparently does not service. Seeing as I still had a year left on my contract, I called customer service to see if I had any options. Their best advice was to change carriers and pay a fee more than 2x my monthly bill. Also the 4G leaves much to be desired. I would recommend just about any other phone company

Service was spottu at best.

No service in hurt va at all or smith mountain nlake

I went here last Saturday and I was only looking, the sales team got to me and I bought a somewhat older phone, but thank you all because I can still use it.

There are so many thing that I liked in here, there are so many great phones and a lot of them are very useful. I just don’t understand those people wanting new phones when they come out.

Thank you all for making this experience a little bit less tiring than it was. I found this amazing phone in here and I am very thankful to all of you for that.

Bobby B.
Bobby B.

I love old phones and I can get it from here for the prices that are really reasonable. You have to go back to these places to look back and get the phone that you really NEED.

What a great store this is. I am really thrilled that they have the phone that I was looking for. That phone is quite rare and it is the only phone that suits my needs.

We use to be thrilled with our cell service with US Cellular. We have had them for a year now. When I send text messages to my husband, family and friends sometimes it takes 3 days to get there. Other times 5 or more hours. I've had been with other companies and nothing like that ever happened with them. Out 3G is always fading out and where we are we have great signal. We are struggling finachially like a lot of people now a days, and we called them to ask if we could please post date a payment out of our account till the next day, (24 hours) and they said they would, then told us that they can't guarentee service. I mean come on. We have been loyal and pay our bills on time, it would be nice if they would show the loyalty back. But I guess that's to much to ask outta a company. "Be with the happiest costumers in wireless" my hiney! So I guess, if you keep paying your bill on time you will have no problems at all, but once you need help they are not gonna go outta their way for you. Oh and another thing, we were told that there is NO roaming on data, but heaven and behold, we get a nasty gram saying that we are in breach of our contract cause we went over on our 200mg of data, and we get the 5G of data, nope people, if your roaming it is only 200MB so we are NOT getting what we pay for. Nice huh??!! That's about all I have to say.

Horrible customer service. My car charger broke and I found the closest us cellular to buy one at. The car charger was 21.09. A week later I checked my checking account and the sales person charged me twice. I called the number to the monona store- spoke to jordan he told me he had seen on the computer that it was charged twice and he would speek to the Manager (jordan) on what he would do to get the money back to me. He said someone would call me back. 2 weeks go by no one calls. I finally call back (10/15/08) and spoke to the manager Jordan (which was the person who sold it to me) and he told me their was nothing they could do, very rude and not helpful. This is by far the worst customer service I've ever had in my life. So im out 21.00 because of their mistake. I paid 42.10 for one car charger. Never go their again.

I need to get another cell phone when i lost mine and they were so helpful.

The U.S. Cellular Agent was very helpful in answering my price plan questions. My cell phone service around here is awesome ! I've never had a dropped call.

U.S. Cellular, Choose Fair. We are committed to Fairness, call now to find out more. 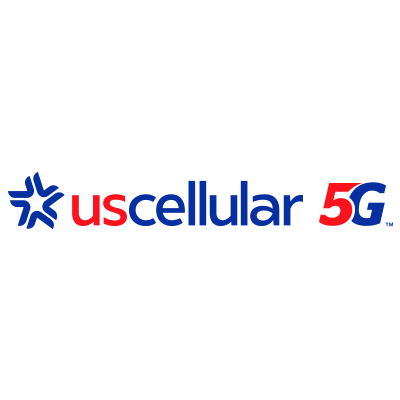