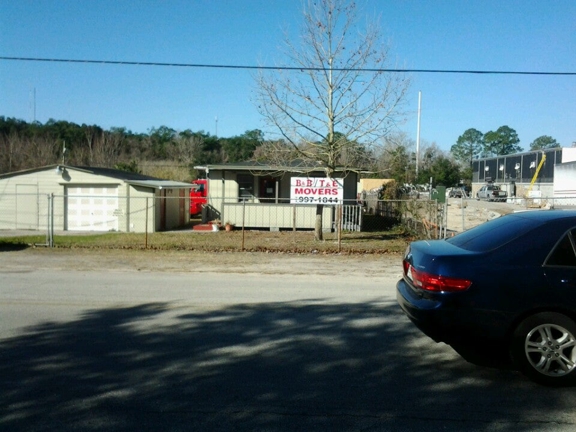 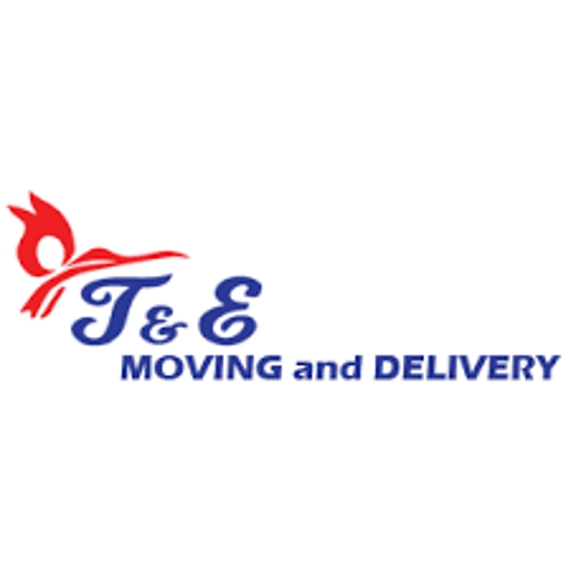 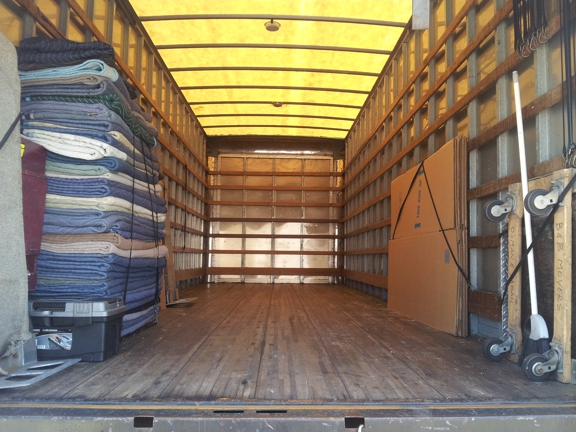 Turk and his professional & experienced crew who have been doing this for 15+ years are probably the best movers Jacksonville. They moved our stuff on the southside Jacksonville to our new home in Bartram area in less than 2 hours. They are expert movers who know how to move heavy furniture and bedding. I felt that my personal items were going to be moved and delivered without a single damage when they were preparing for the move. They had to break down some furniture as it was too big to fit through the door, and was able to put it all back in one piece without missing any bolts or screws. Truly, professionals in all aspect of their job and they make sure it's done right the first time. Might I add, I was shocked at the price as it was definitely affordable movers who over delivered on their service. If you're looking for a moving company in Jacksonville to move your stuff without fear of damage, hire Turk and his guys at T & E Movers, you won't regret it. Would hire again! Thanks!

We hired B & B Movers to load a Uhaul when we moved out of state in September. They were unprofessional and made a stressful situation worse. To add to it, one of the drivers hit our wrought iron mailbox and broke it. Here it is December and I can't get anyone to return my calls in order to get that issue resolved. Once we reached our destination and unloaded, we had several items that were damaged due to the poor packing job they did. Absolutely would recommend saving yourself lots of hassle and aggravation by using anyone, but them!!

I contacted B&B Movers about a month ago. I explained to several people within B&B Movers how our house was designed and identified the large items. Our items were already boxed and furniture was disassembled. They assigned two movers. When the movers arrived on moving day, one of the movers called the owner and the owner advised he was going to double the number of movers and add another truck; WHICH MEANT THEY WERE GOING TO DOUBLE THE AMOUNT OF THE MOVING JOB. We didn't have that much to move, it was situated in central areas to make it easier for the movers, items were already in boxes and furniture was disassembled. B&B Movers displayed very corrupt business practices. I would not use them. With in an hour we hired another moving company and moved with ease. I WOULD NOT SUGGEST USING B&B MOVERS OF JACKSONVILLE TO ANYONE!

We recently moved from a two story townhouse to an apartment and were quoted by other companies upwards of $600 for the move across town. I decided to go weigh b&b movers due to the owner, Sam's friendly nature on they phone and the fact that they charge a flat rate fee, no extra or hidden charges, what you are quoted is what you pay. They did not charge an extra fee for the second story or anything. They called and asked if they could come 30 minutes before the scheduled time, which was fine. They got right to work moving boxes and furniture and had the whole house in the truck in under an hour. They were just as fast unloading and reassembling and even fixed a dresser for us that had been damaged in a previous move! These guys went above and beyond and the woke move wad over and done in under three hours. HIGHLY recommend that you call B&B for any moving needs that you have

I began my relationship with B & B Movers a year ago, when I "blindly" called their phone number listed in the Jacksonville, FL telephone book. I had never heard of the company and I don't recall ever seeing any truck with their name. During my first phone call with the company owner, Saban, I recognized that my normally slow approach to major decisions may be needless with this man. I considered that an uncharacteristically prompt, although an enormously risky decision, seemed prudent and even wise. Saban’s friendly tone, deep concern and obvious integrity instilled a comfortable credibility in his detailed industry knowledge, his commitment to perfection, and his explanation that all employees demonstrate a similar work ethic, with uncommon excellence and professional curtesy. I was never worried about the consistently thoughtful and careful workers who would be handling my very delicate possessions and my valuable, incredibly heavy Rock Maple furniture which I cherish and could not knowingly allow to be suseptible to the slightest mishandling.

Our written contract described my virtually unchangable financial investment, and yet it almost required that the movers would make absolutely no errors and there would be no delay or price increase, regardless of the nature of unforseen circumstances or lack of information on the part of B & B Movers.

I felt completely comfortable and stress-free during every phase of the move, even 2 months later when the last items were ultimately unpacked in perfect condition. I highly recommend that you call B & B Movers for the most inexpensive move that can include the best, event-free and reliable service that exists in this real world industry, and not merely in the the fantasy of a salesman’s mouth.

If everything truly goes right when you purchase goods or services, at the end of the day a maximum amount of money belongs in YOUR pocket, doesn't it? Yes, it does. Use B & B Movers and experience professional excellence from a company who has earned my return business, because part of their profit is invested in me, the customer who speads the word and keeps their business card for years.

The moving company never came and never called to explain why they didnt show up. This was after talking to them all day about them being late. The company stated they called..and number was disconnected..but the number had been working for every other service for the day.. If this was an emergency situation..there would have been alot of issues..

They were careful, courtious and efficient movers. I would recommend them over and over again.

We Handle Your Furniture As If It Were Ours.