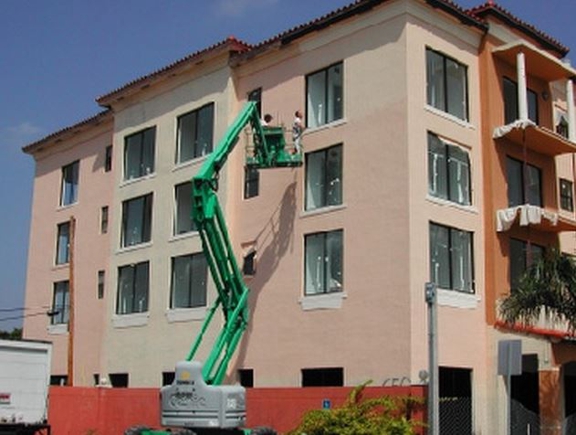 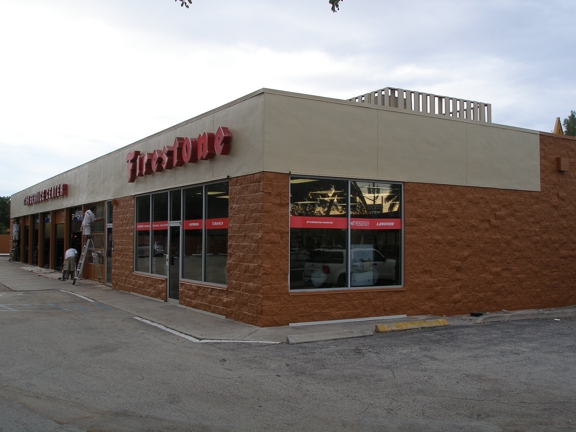 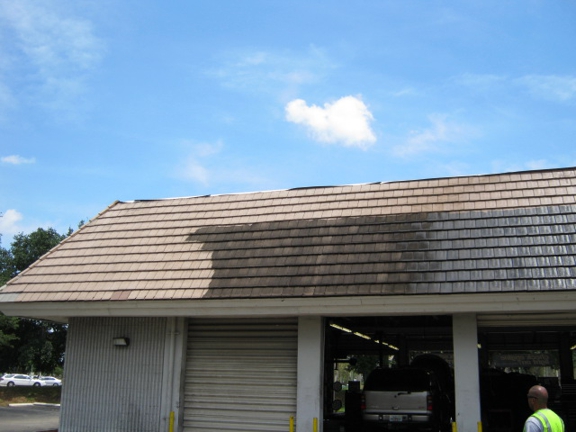 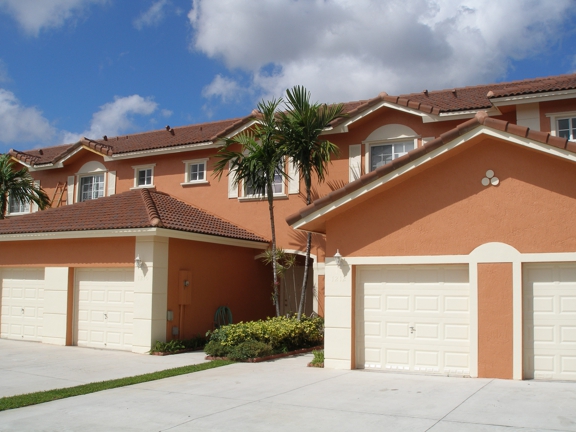 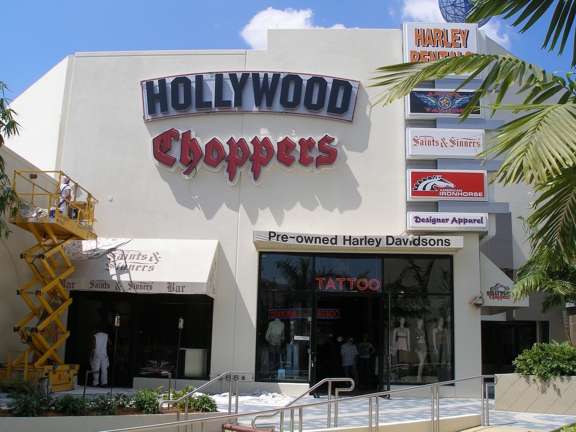 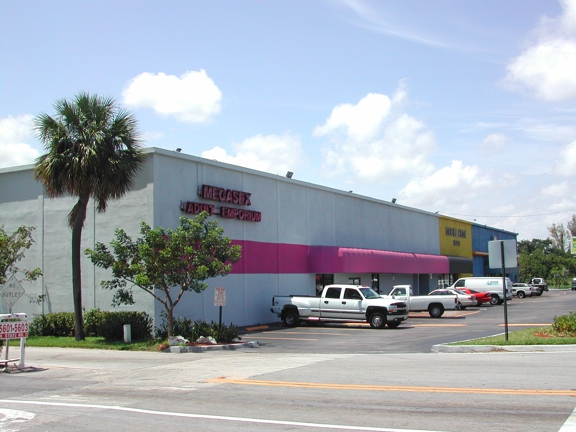 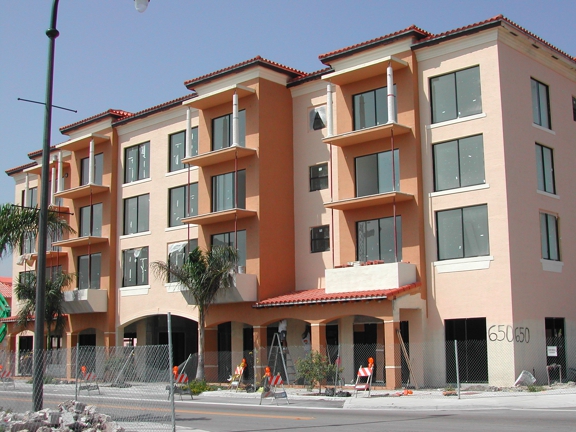 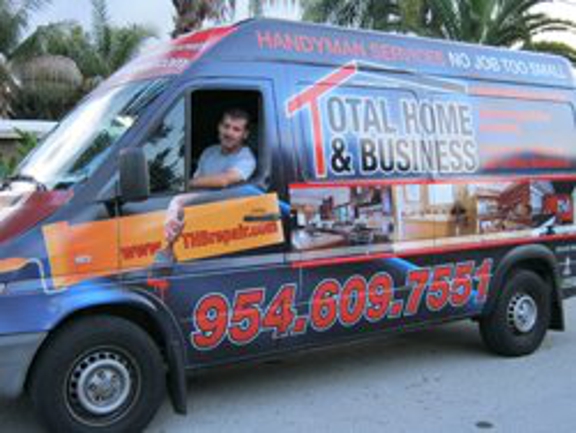 We had Total Home come out and paint our house inside and out and they did a remarkable job. Workers were very polite and the job was done on time and very clean. We have recommended them to our friends and I believe they are the best contracting company we have ever used. Thank you Derrick for the great service.

We are from out of town and needed a list of repairs done at our house and we didn't really know anyone to call. We looked on the yellowpages and saw the other reviews that Total Home had already and decided to call. Derrick answered the phone right away and was very friendly and seemed very interested in our list of repairs. When he met with us at the house we could see he was a business man and took his work serious. After we talked a bit and he explained what could be done and how much it would cost we hired him on the spot. Everything was repaired in a matter of a couple days and it was no trouble at all. He did a great job and we will definately call him again.

We needed to get our old house painted and we called several cmpanies but only 1 called back and showed up. Total Home responded right away and Derrick was very friendly when he came to the house. We had his estimate that night and the price was right around what we figured so we didnt wait to try and find any other companies and they did a great job. Was done quick and clean and the house looks great again.

Needed to get my new house painted in and out and these guys were the fastest and best I have ever seen. They were very clean and nice to deal with. The job was done fast and looks great, thanks

we needed some repairs done around the home and couldn't seem to get anyone to show up. We only had to call Total Home one time and Derrck showed up and took care of everything.

We had a few things we needed around the house. We never seem to have the time to get to them. Like everyone else these days, it's on the honey do list....Well I was on Las Olas Blvd and right next to me at a light was TOTAL HOME & BUSINESS Truck- No Job to small. I wrote down the number and called. I spoke to Derrick told him what we needed done. He asked when we were available to have him come and take at look. I told him Saturdays are the only day really that my husband and I are home. He said no problem. I can tell you that everything we needed is now done. Derrick did a great job, very professional I would definately recommend Total Home to handle your " A Little of Everything" taken care of....

You will not regret it when you call Total Home & Business. I was referred by my friend after she got some rooms painting in her house.. She told me that I would not regret it. So I took her advise and called and my house looks brand new again thanks to Derrick. He even helped me choose the color "Sedona Clay". Now that the outside of my house is done. Derrick will be back to do the inside as well. I would highly recommend Total Home & Business very professional company!

My new paint job on my house looks great. These guys did a great job painting my house. Looks great.

We needed various small jobs completed in our home and Total Home did them all with no probems at all. Everything was completed on time and they were very friendly in our home.

Thank you we will call again

We purchased a new home that was in sad shape inside and out but we decided to work on the inside first. As we were seeing various contractors Derrick seemed to rise above the rest as he was very comfortable and forthcoming about everything we asked. His estimate was not the cheapest but we felt very sure that he would give us the service we were looking for on our new home. Once he started the jb everything went perfectly and he finished on time. The workers were very polite and clean and the house looks great, we plan on getting Total Home back to paint the outside next. Great job

Derrick with Total Home and Business returned my call, showed up when he said he would and gave me a reasonable estimate to repaint 5 rooms in my home~ They did an excellant job, his crew were very professional, cleaned up at the end of each day. I was very happy with the end result it was just perfect. I would recommend Total Home to anyone who wants the it right the first time~ Sarah Holland~Fort Lauderdale

I had my house repainted after 10 years of drab colors and now it looks great. These guys were great, they were fast clean and very friendly.

Total Home and Business Repair was a great company to hire. We had various small jobs that needed to be completed in our home and this company did exactly as they said they would and finished on time. A pleasure to deal with.

My wife and I needed to have our home painted and we called many contractors from the yellow pages to give us estimates. After we met everyone and collected the estimates we decided on Total Home for a couple reasons being the price was very fair and Derrick was extremely friendly and knowledgable. We felt comfortable that he would give us the best job, and he did. The house looks great and we would recommend Total Home to anyone.

The company owner showed up on time for our meeting on the work I wanted to have done. I asked if it could be started within 3 weeks. He stated He was pretty busy right now with several large commercial jobs, some out of the area. Over a week passed and he emailed stating he had been out of town on jobs and would have an estimate to me soon. Two weeks later, no estimate, no email and no phone calls? Apparently some jobs are too small for this company.

The following day (4/13/10) he left me a voicemail stating he sent me an estimate via email as well as a follow-up email. I checked my email account again and found only the email he sent 4/1/10 stating he had been out of town. He apologized to me. In Derrick's defense this may have been an email problem.

This is not true, I sent the estimate and actuall sent another email a week later when I had not recieved and response from the home owner, and still have not recieved any response from the home owner. Why wold I waste my time going all the way out west to an estimate if I was not going to try and get the job? I really have much better things to do than go to houses and not make out the estimate. If I was not interested in the job I would have said so on the phone when I asked what the job was instead of wasting both of our time by going to the house.

This listing has been claimed by a business representative.
joseph10

These guys really now how to paint a house. They were very fast and extremely neat, they picked up after themselves and the attention to detail was a amazing. I would recommend Total Home to anyone looking for a great paint company.

We would highly recommend Total Home and Business for house painting, and definitely will consider them when other home improvements are required. The painting crew worked from the time they arrived early in the morning to the time they left around 5PM. They are detail-oriented, pleasant, and hard working. Owner Derrick, is a pleasure to deal with. Irene and Frank, Cooper City

My friend referred me to Total Home she had three of her bedrooms painted and the job came out perfect! I called and scheduled an appointment for an estimate and Derrick with Total Home showed up when he said he would. He gave me an estimate for painting my house at a reasonable price. Needless to say he got the job and I now have a beautiful home again. He's going to be doing our bathroom next.....Thanks Derrick ~

This company painted my house the right way and they did it when they said they would. They were friendly and professional. It was a good contact.

We are from out of town and we purchased a condo in Pompano that needed paint and some other handyman work completed before we could actually use it. We found Total Home on the yellow pages.com site along with another company and we called to set up an estimate. From the time we spoke with Derrick on the phone and when he showed up on time to meet us, we had a feeling that he would be the contractor we hired. He was very friendly and seemed to be very honest and knew everything we needed to do. He explained the process and told us how long it would take. We were a little worried about giving a deposit to someone we did not know because of the reputation of contractors here in S FL, but we did and Derrick started the job the day he said he would and he finished the job the day he said he would. Everything was done perfectly. Great company and people.

Local contractor takes pride in what we do and we show up on time every time.

Business History
The only commercial painting company you'll ever need. From small retail stores to malls, stadiums, and arenas, the experts at Raider Painting have worked exclusively with commercial and industrial clients for more than 29 years. Our comprehensive product knowledge and hands-on experience ensures that we can complete any commercial project, big or small, while meeting the highest quality standards. We're dedicated to exceeding the expectations of our clients. With a strong eye for aesthetics and meticulous attention to detail, we’ll provide your facility with a fantastic look that will impress your customers and retain cosmetic appeal for years to come.
Hours
Regular Hours
Services/Products
Brands
All major brands available at request, Behr, Sherwin Williams, Benjamin Moore
Payment method
check, insurance, financing available
Location
We are located only 2 miles from all 3 major highways
Neighborhood
Lauderdale Isles
Amenities
TOP COMMERCIAL PAINTING CONTRACTOR FORT LAUDERDALE
Accreditation

Associations
A+ RATING BBB
Other Link