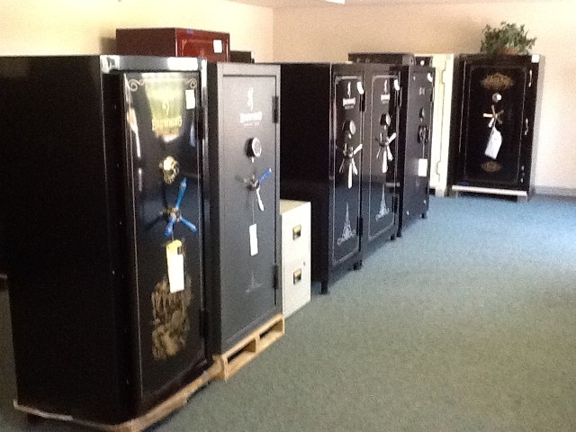 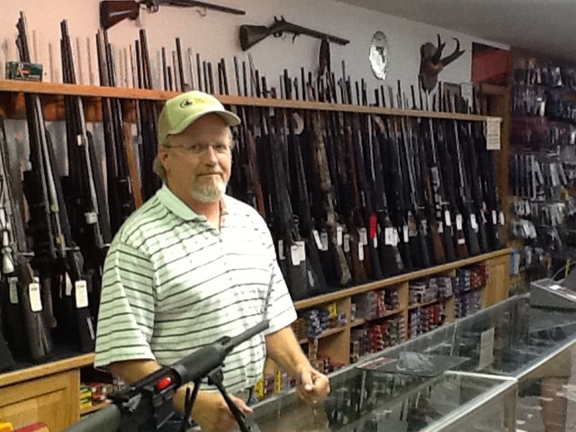 Poor. Poor. Poor. (I can't even give them negative stars, upside stars or black marks) I made my final purchase there. I probably shouldn't have, but I felt obligated to give them a THIRD chance. I had been happy there, but found that in the last two years or so their customer service has been severely lacking. I went in to purchase a inexpensive upper for an AR build, but was told that they don't do that (they told me they couldn't even order me one, and this was before the AR freak out when everyone bought them, REPEAT I was told they don't do that). I was willing to drop $800-$900 (cash was in my pocket) on a new rifle, but the salesman didn't even offer to sell me any of the complete rifles in the rack he was leaning against. I was offered nothing but attitude and a strong feeling of being blown off. Second, I tried to order a firearm that I had seen that they had in stock. I missed it, so asked if they could find me another one. They said they could. Seven (7, SEVEN), months later, I ordered one somewhere else and had it in six (6, SIX, I repeat SIX!!!!!!! days). Good job other gun shop, you have the rest of my business forever!!!!! One several occasions I called RMSS to get an update on my order. One time (I think I even talked to the store manager), he said he would call me back. What he didn't ask was my name, order, or return phone number. FAIL!!! I was blown off a second time (remember this was just one of the several times I tried to contact them). I didn't get a return call. I am done with this outfit and will never be there again. I wouldn't recommend this place to a friend or anyone for that matter. Have a good day!

I love Rocky Mountain and agree with all the favorable comments above. One thing you should know before you buy: The prices are always negotiable. You should expect to receive at least 10% off any firearm purchase. I have purchased 4 here and have found this to be the case.

As an 0311 Sgt. in the USMC, I know a little bit about shooting, firearms, and the culture of gun ownership. I have always been beyond pleased at how their gunsmiths have been able to help me. They have given worthwhile, helpful, and to the point advice and service on several firearms. The range is good and you can shoot rifles which is very nice. Their selection of tactical weapons is at times, not the best, as they rarely keep two of anything in stock. They could also use a cheap, reliable, ammo source. Walmart beats their prices by almost 50%. I have shot for over an hour many times, but if they are not busy, they wont overcharge. If you are a combat vet, or even a POG, give this store a shot.

Over the years my wife has heard me make favorable remarks about RMSS. I have expressed interest as to why I chose to shop at RMSS, instead of other firearms stores. I have expressed my preference is largely due to the trust and confidence that I have developed with Billy. Last year, for Christmas I purchased my wife a CCW firearms training class. She was conceptually pleased with the gift, but apprehensive about what it would actually be like. Her class was held in March and she had a very favorable experience, where she too formed a favorable impression of RMSS by vurtue of interacting with Billy. She was clear in expressing her belief that without his presence and professional contributions, she would have had less favorable opinion of the program. Kudos to Billy fo bringing the knowledge and skill gaps of such a class.

I have been a long time cusotmer of Rocky Mountain Shooters Supply and in large measure, my continued customer loyalty can be attributed to the professional and courteous treatment that has been shown to me by Billy. I have ocme to trust and respect his opinion and his perspective in firearms related matters. He conveys a sense of integrity and a strong essence of morality. Billy is also a gifted instructor and educator. Thank you.

The best customer service for my first time buy. Was properly treated as a young buyer. Appreciate it.

Very fast and friendly! My husband and myself absolutely love this place. We buy our guns here and I have taken the only women's class. Looking forward to buying my own hand gun here. Great deals! Every employee is kind and understanding. Lots of information that we get when we are here, on each gun- Love this place!

Bob was great, very patient while I picked my pistol. Keith was straightforward and informative. I will be bringing a gun in soon- Brittney was very friendly and helpful.

RMSS is the combination of a few stores equaling a great variety these days. Gun safes, Guns, Accessories, Ammunition, and the big one, an Indoor Range. Their prices are standard, selection great, but store staff seem to only be knowledgeable in one area. Took me 3 trips there-and-back to get the right scope mounts because the guy didn't know what he was talking about, but refused to seek assistance (like from the book Burris prints and gives to their dealers). I have had similar experiences with other products as well, but overall probably the best place to find what ya need, or shoot on a rainy day.

I went there with a small gun I had just bought, not a known fancy name brand or anything but something cheap and easy. I brought it there to buy a case for it and to have them clean it for me. I was willing to pay whatever they thought was fair to clean it, and they refused to clean the gun. They simply said because it's a cheap gun they will not work on it, and then told me to buy something more expensive that they had. Honestly, if I had the money for a fancy expensive gun I would have bought that. I think the customer service skills were obviously forgotten by them and they can say goodbye to any business from me for now on.

I needed to reload my caliber so I went to Rocky shop and they helped me find the proper loader. I liked how they took time to help me without rushing even though there was some one waiting to get helped. I am a beginner and didn’t know what kind of products I needed so they took time to explain everything well. Thank you.

My wife and I like to come here several times a month which surprisingly is a great bonding experience for us! We both enjoy it and it works up an appetite for a nice dinner afterwords.

Great selection of guns and the shooting range is an extra bonus! Will definitely be back.