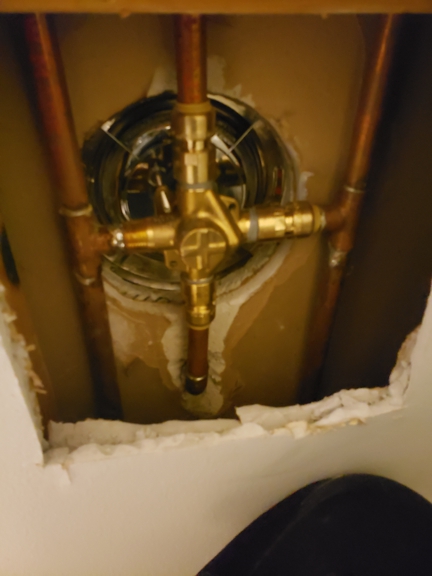 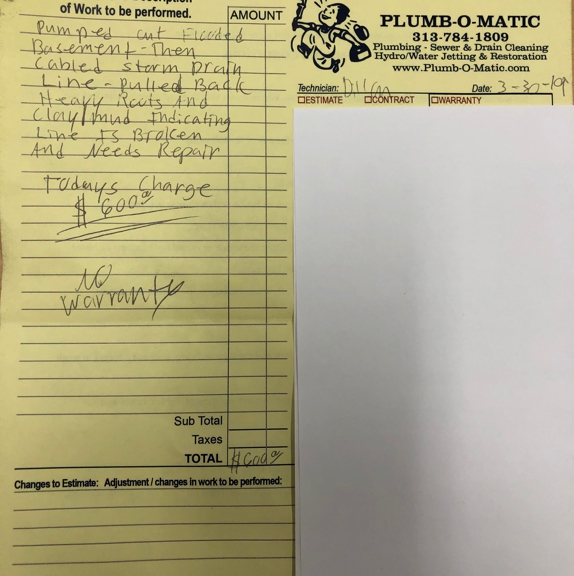 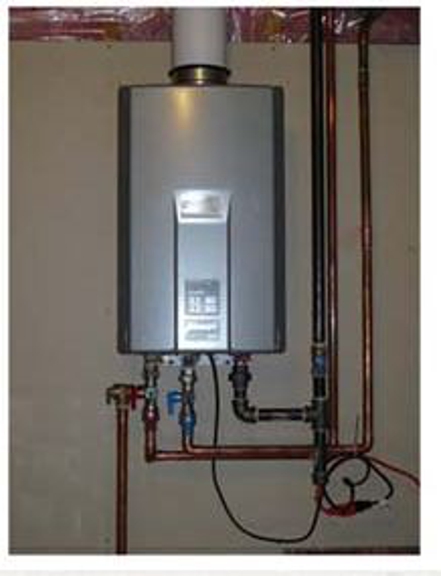 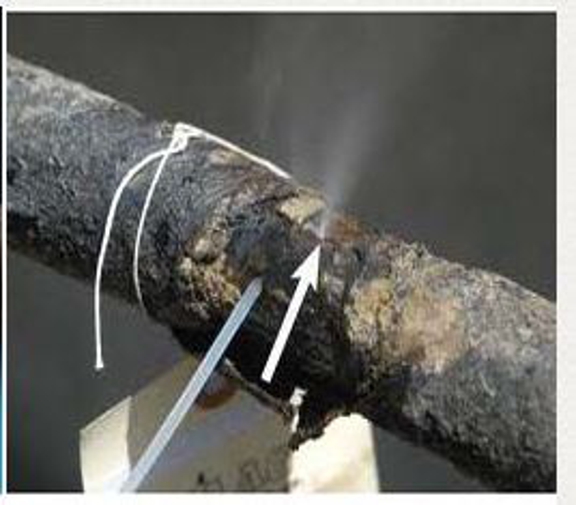 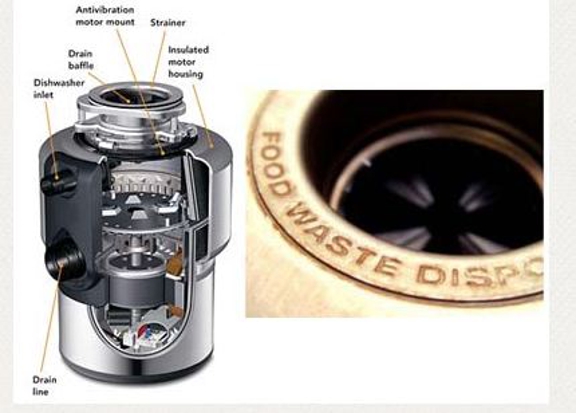 Looking for Plumbers in Dearborn, MI?

More Plumbers in Dearborn, MI
View More Plumbers
Hi there!
Rate this business!
First-classBetter than mostAbout what I expectedNot the worst...Disappointing
Click to Rate

Before you move forward with this company read their reviews from other sites!! There was some water in our basement so he said it was going be $600 to drain the water and snake the pipe. We agreed to the price, he drained the water, but couldn’t snake the pipe and said it was bad. So we paid him the $600 and he said he would have someone come out the next day to look at the pipe. He said it would be roughly around $5,000 to get it fixed and he would apply half of the first bill ($300) as a credit on the next bill. So his guy came out next day said it was going to be $18-22k and that price didn’t include them replacing the storm drainage pipe that Dillian said was bad so that would be extra as well. I thought that was high so I told them to stop working and that I’m going to get a couple more quotes before we move forward. I understand we still had to pay them for their time so we agreed verbally that $2,500 was fair for the work they did (which was literally them just putting a hole in our basement). So I’m out $3,100 and have a hole in our basement with nothing fixed. So at this point his credibility has diminished and I’m glad we got a second quote because we just saved ourselves $20k by not going with Plumb-o-matic. I told him were not moving forward with his company and that’s when things got really weird. Now he’s mad that he got a bad review and that we’re not moving forward with his company so he starts threatening me, calling and texting me saying that he’s going to take legal action and put a lien on my house unless we pay him another $2,500 or take down the review. Obviously he is trying to scare us and to get us to take down the review. Bottom line you can’t trust a word he says because he will lie and try to use scare tactics to get more money out of you. He’s trying to scare me to take down my review by threatening legal action and I won’t do it because I want other people to know what kind of business you’re running and what kind of person you are..

My experience is very unique.... That started in a very professional manner, asking what was the issue, I explain how we have water backed up in our basement and the smell was unbearable! They came out within 24hrs and took pictures to show us our issue, he gave us a price range. He asked if we had insurance and jacked the price of the job 5, 000 more����! He claim that was because it was more than what they estimated to be. They verified with us to make sure we had insurance, yet they hounded my husband and demanded if we want them to get started to write a personal check for the entire amount., but the new insurance company were going to pay for the work. In our basement Is dust, contamination, rocks, old pipes they won't remove and they have our checks, but they not gonna clean up there mess, strike 5...... Bad business all around!!!! Shyster 'S!!!!! To say the least....their money hungry, don't fall for it!!!

By chance called Plumb o Matic primarily because of these ratings, for a sanitary line (iron ones) that had sprung a leak. I called, they came out same day, gave me the prices for the work depending on how involved it was going to be (indeterminable before starting the job). They worked fast, were very polite, explained all they were doing and cleaned up after themselves. The price was fair I thought. I would happily recommend them to anyone. Thanks!

I called for a plumber 6 am my basment was flooded. Dillon came to the rescue at 6:30 he was knocking at my front door with a heavy duty ridgid sewer machine i highly recommend if you need a plumber call plumb-o-matic.

they had came out right a way and then they found the issue real quick, then took the time to explain the situation, there very explanatory great company I recommend this company to everyone

We Offer Trusting and Reliable on Time Service

We are the drain specialists, sewer and drain cleaning. We service all Plumbing services, such as: