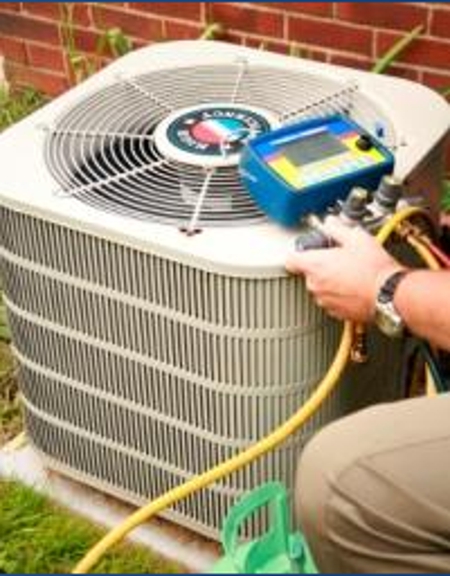 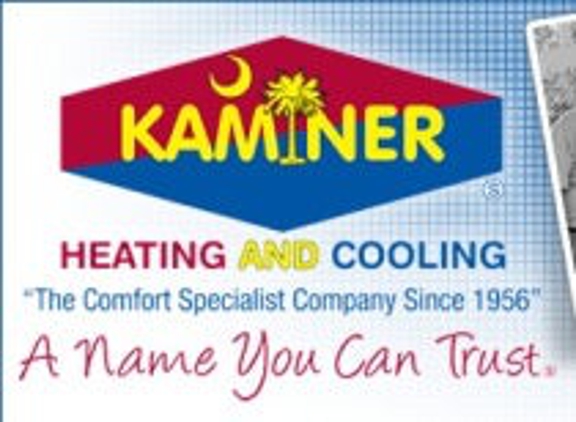 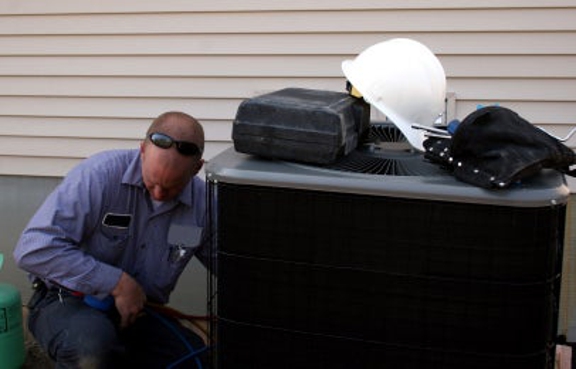 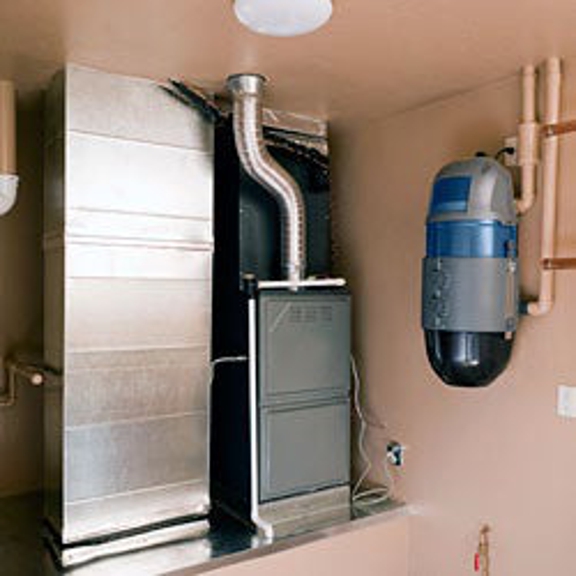 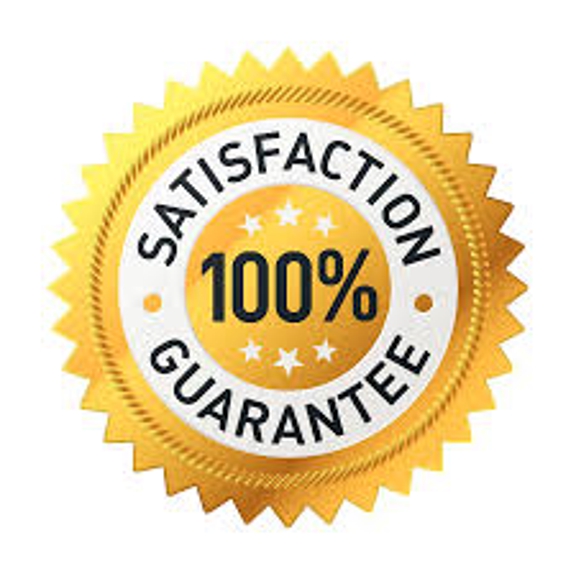 I was a member of their maintenance club for many years and felt very good about the service until now. My unit was serviced about two weeks ago and told it needed freon (R22) so two pounds was added at $132 per pound! The next weekend, when trying to use the system for the first time since the servicing, it would not cool. I paid $69 for a service call to inform me that the compressor was the problem. I called my home warranty and another company came to confirm the compressor problem. Since the system was almost 12 years old, I decided to replace it by a highly recommended local contractor. When discharging the system, the compressor came on. I asked if overcharging the compressor could be the cause of the compressor not working and was told it was a possibility. I proceeded with the system replacement anyway and told they would charge $60 per pound (installed) for R22. I discontinued the Kaminer maintenance plan and question what other costs are inflated for their products.

I would like to discuss this issue with you further. It seems that there are some issues that were found by the other contractor that recommended replacement also and they also missed something if the compressor started up on replacement. As far as the cost of Freon this does change by company. I have researched other companies and have found that we are inline. If someone was only charging $60I would be concerned with this price or if they will be around when needed since this is way lower than any other company we called. you can reach me at 803-772-9140.

This listing has been claimed by a business representative.
Guinolda B.

Jonathon Did very well with asking the questions and concerns that I had. I would refer again to come.

Thank you for the great review and for choosing Kaminer for your home comfort needs. -Todd Kaminer

This listing has been claimed by a business representative.
Charlie W.

Kaminer Heating and Cooling technician, Johanthan was great, very informative. I have a better understanding and feel more confident about my system after his visit. Charlie W

Thank you for the great review and for choosing Kaminer for your home comfort needs. -Todd Kaminer

This listing has been claimed by a business representative.
Jenny H.

My air conditioner stopped working on a 90 degree day when my 2 year old was battling a sinus infection and my husband was at work. The first thing I thought of was “call my daddy” from that precious little girl in the Kaminer commercials. I called and was told that if I signed up for the maintenance plan , that they would be able to come to my house within a few hours. If I didn’t sign up, it would probably be the next day before they could come out. As a desperate mama, I quickly agreed to the plan. I was also told that because I signed up, my service call would be discounted by and all labor would be discounted. That was the beginning of the deception. When Jonathan came to look into the issue, he came down from the attic and said, “It’s bad, it’s really bad. You will be better off buying a new unit and the maintenance plan won’t be applicable to you because you don’t have a working system.” So, because I have no experience with HVAC, I trusted what he said and scheduled a time for someone to come out and give us a quote on a new unit. The next day, Mrs. Kaminer came over and I used my lunch break to get the quote. After an hour had passed, she hadn’t even gotten to the pricing due to the sales pitch she had with a notebook full of pictures of employees, their background checks, their insurance coverage…ect. I appreciate that. I appreciate a legitimate business, but an hour? When she got to the reason she was there, another hour and a half later, we had a quote for $6,800. We were told that we had R-22 (the old kind of) freon, which was a lie… its R-410 (there’s a big sticker on the machine) – that we had a 10 seer unit, which was a lie... it’s a 13 seer – that our system was out of warrantee, which was a lie… we have two more months, that the return was too small, which was a lie…I could continue but I think you see the picture. I am a nurse. I live by integrity in my profession. It is a crying shame that people are out to lie, cheat, and steal. I’m pretty sure they would appreciate me having values if I were to ever need to take care of one of their loved ones. Kaminer seems to say “we’ve been around since 1950something” everywhere you turn… too bad people have been misled this long!

First off let me say that I am sorry you had a bad experience with our company but this statement is not all true on your part. Yes, the technician did come out and diagnose that you had a leak in the evaporator coil which was also confirmed by another company later. Yes, we did tell you the unit was out of warranty because that is what we were told when we called the distributor. The unit has a 5 year warranty from the date installed and we did not have that info so they go by the manufactured date. So we were not lying there either. Your husband called Lennox and spoke to Jeff and discussed with him the fact that you did not move into the house until a year later in which he told you if you had the closing paperwork then we could warranty the coil. As far as the agreement I am sure you would not want to maintain a unit that was not working as you would not want a mechanic to service a car that was broken down. This is why you were charged the $109 instead of the $69 but I tell you what we are a company of our word and since we have a 100% Satisfaction Guarantee I will be refunding you your entire $109. When Normi arrived this was brought to her attention in which at that time she called me and I confirmed that this would be the case. She explained to you that a leaking coil can cause further issues such as the compressor over heating but told you we could do the coil if that is what you chose to do. You guys still proceeded to ask for a quote. As far as the time limit we told you upfront there would be a 60-90 minute window, we want to make sure we explain everything to the client so there are no surprises in our work. Most people respect the fact that we take this time instead of just throwing a price on the table. As far as the SEER rating and Freon she discussed in her presentation when the ratings and Freon changed but never said what you have but that was what was around in the time. She also told you in order to find this information out she would have to call in the model and serial numbers. She also told you what when you told her what the other company would charge to replace the coil that that was a good price and she did not blame you if you went with that. I personally heard this conversation. The fact of the matter is, we did not lie because by the information we had at the time you were out of warranty and you cannot deny this. You were upset because this was happening and rightfully so. If I was in this situation I would be too. We did offer to do the coil at $636 as long as we had closing paperwork but he other company was going to do it for $500. Lastly, you were given all the options needed to make a decision whether it was with us or someone else. Your right we have been in business since 1956 and there is absolutely no way anyone could achieve this by taking advantage of people as you are insinuating. We did our best to satisfy your needs and unfortunately in this case our best was not good enough. You will be receiving a check in the mail for $109 for the service call and we thank you for the opportunity to service your home comfort needs. Sincerely, Todd Kaminer

This listing has been claimed by a business representative.
Scott W.

This information is not fully correct, but yes we are in litigation with this client due to them not paying for services rendered. This should explain why he is coming on these sites instead of the BBB. We did our part now Mr. Warren needs to do his and pay us. -Todd Kaminer

This listing has been claimed by a business representative.
Ariel M.

Kaminer came in to fix my grandmothers unit who is 76 and the lady told my grandmother the needed to write a $300 "holding check" that wouldn't be cashed the told her she's gets a "free" updated wall thermostat she got charged $35 for. She was told she would only be charged a little over 50 a month and when her bill came in it was $87 when she called and ask why the boy told her the charge $26 that goes to them banking with Wells Fargo.. Not to mention the women cashed my grandmothers check the next day. Will NEVER DO BUSINESS WITH THEM!!!

I would be glad to speak to you in reference to this situation due to the fact that I have no location info to look into this. None of these numbers make much sense to me as well as the charges. We do not give free thermostats nor do we hold checks since we are a C.O.D. company. I am sorry for any confusion but please contact me at 803-772-9140 to resolve this issue. Thank you, Todd Kaminer

This listing has been claimed by a business representative.
fhernandez.lcs

I hired this business after the mess that Duncan heating and air made. After numerous attempts to get them to just bring my home filters and give my AC unit the maintenance it needed I hired this company. I won't regret it and since the. Have been using them checking and maintaining my systems quarterly.

Put Comfort in your Home the Kaminer Way, Call Kaminer right away!