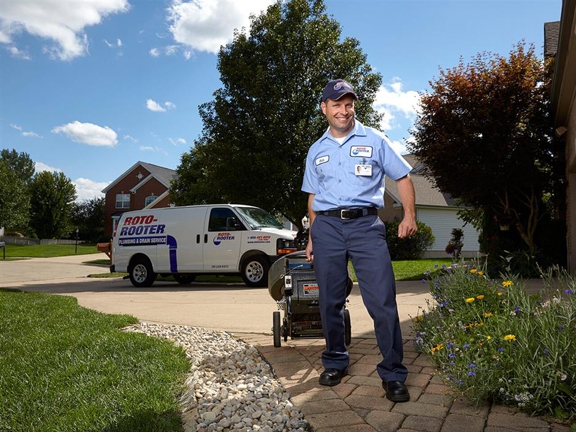 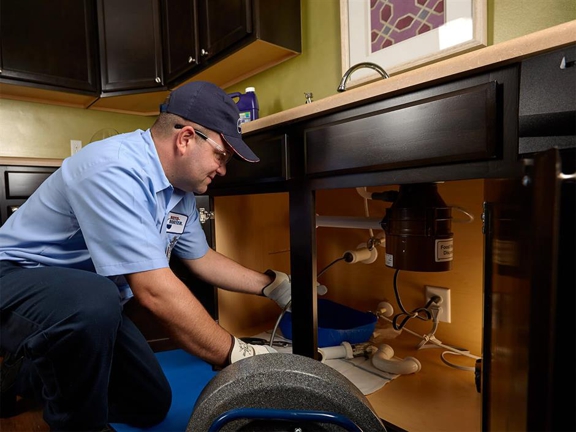 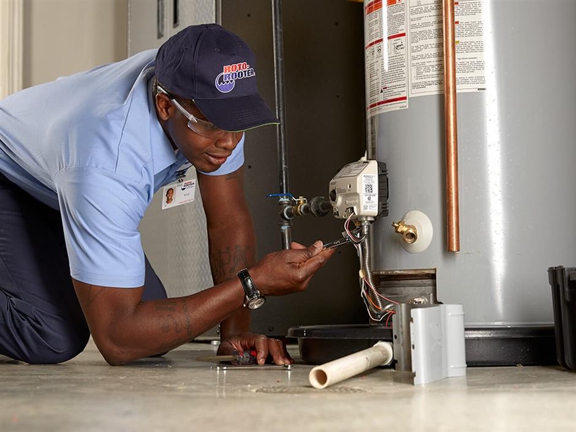 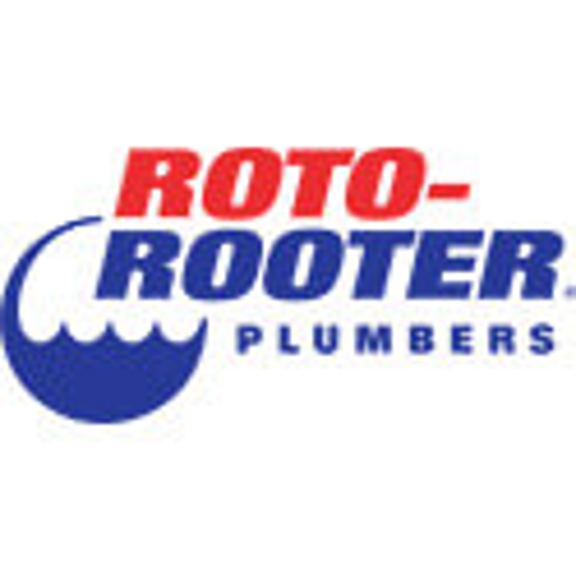 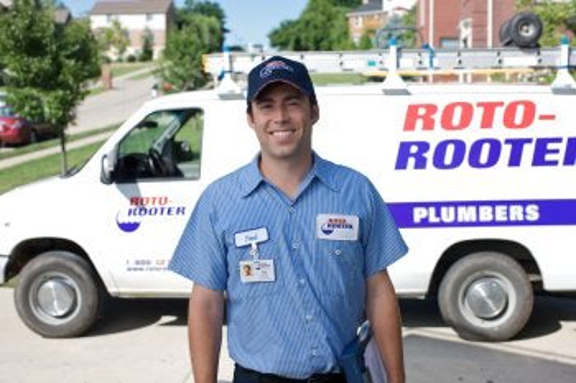 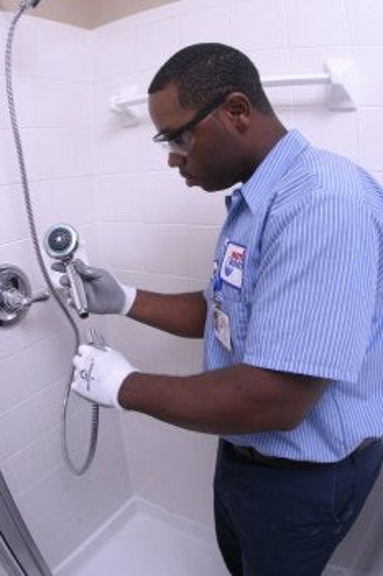 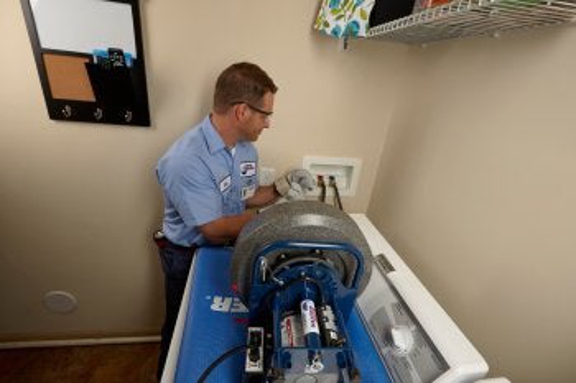 Single mom desperate for help on a clogged drain - didn't like that they would not quote a price over the phone - came the next day - and of course within 5 minutes quoted me a price of $469 to snake my drain - I had already dealt a week with the problem and couldn't go any longer - so I said just do the work - I think they know they can get people to just go with them and that's why they won't quote pricing over the phone. The guy was really nice and knew what he was doing and "threw in" a $69 bottle of drain cleaner for free - I am upset I had to pay that much - but cost of being a homeowner I guess that can't do the work themselves. Next time I will source out other plumbers to do the work.

Had a leak in our bathroom sink. Roto-Rooter was prompt, friendly, and affordable. Other plumbers told us we would have to wait up-to 3 weeks. Very satisfied.

I had a bathroom sink drain that was clogged. They sent a guy out here the first day, and he couldn't get it unplugged. He just wasted my time. The second day they sent out a plumber. He had that drain unclogged in 10 to 15 minutes. They should have sent him out the first time. He charged me $365 to rod the drain which I thought was a little pricey, but I'm glad it was able to be fixed.

This was a great experience all around. The technicians were friendly and courteous and knew what they were doing. They came on time and did the job really fast. The original estimate for the job was changed to a lower price when they found the job less time-consuming than expected. They left no mess and the job was done right. I would definitely recommend Roto-Rooter.

We had a leak from what turned out to be a faulty condensate pump. Roto-Rooter sent a plumber out within a couple hours who evaluated the problem and was able to ascertain the pump was faulty. He then got a water damage restoration team out to our place the same day. The service was truly exceptional and everyone was very professional. I would absolutely recommend their team to my friends and family. We hopefully won't need them again but if we have an issue in the future, I will definitely call.

We had our main sewer line back up in our basement. Roto Rooter came out within 4 hours to fix it. Bob was professional and helpful. Great job! -Glen Ellyn

We live in Naperville, IL 60563. Jeff came out and fixed a leak under the sink, rooted the kitchen drain, and rooted the laundry room drain out to the street. He was very pleasant and efficient. All is A-OK now. Great service. :)

We had to have our SUMPUMP motor replaced so we called roto rooter. They came earlier than expected which was a nice surprise. the tec Armion #601 was courteous and fast. Was happy to find out there is a one year warranty. We are from Glendale Heights,il 60139

Roto Rooter came out to my home in Lombard to correct a sewer backup the day before I moved in to my new home, 2/13 They were unable to complete the job. When the supervisor came out on move in day, 2/14, they stated we would need a clean out valve installed and the cost would be 5000. Half the money was due up front and half would need to be authorized after successful completion. When asked if I should contact my sewer company I was told no they would be unable to help.

Work began on 2/16 - After speaking with my new neighbor, I called out the sewer company. We had been overcharged for the work by nearly 2500$ and our entire line needed to be replaced.

Roto Rooter was contacted to cancel the remainder of the job. They did not need to file the permit and the hole did not need to be backfilled. Instead, we would have another plumber finish the job.

An invoice was left for the full amount.

I called Roto Rooter after the invoice was left and asked for a detailed and itemized receipt along with a price adjustment since not all the work was being completed. They did not have to have a permit issued and did not have to backfill the hole. To date, no return phone call has been made. Roto Rooter charged the entire remainder to my credit card without my authorization.

I am VERY unhappy with their business practices and will continue to address my complaint in every public forum. STAY AWAY - THEY WILL RIP YOU OFF and NOT ADJUST where adjustments should be made...

The technicians from Roto-rooter came to my house to replace a broken ejector pump. They introduced themselves and put shoe protectors on prior to entering. They looked at the problem and gave me price and explanation prior to starting project. Their work was professional and their attitude was also. I understood everything and was satisfied with the work performed.

Eddie Carrillo was excellent in solving our problem.Very personable and informative.He did everything possible to keep cost down and quickly fix problem.Would definitely contact him again for service

Tim was very professional and had a good attitude.

I liked how fast he took care of the problem.

When visiting my basement, I found a good 1 inch of water standing around my ejector pump. I called Roto Rooter and they set me up for an appointment the next day. My appointment was for 8-11. At 10, a dispatcher called and said they were running behind and would let me know. At 10:30, i received another call saying they had someone on the way. Harold arrived at 11:30 and was a pleasure to deal with. He found and explained what the problem was (needed a new pump) and set to fixing it. He was done within an hour. He also gave me some useful tips on how best to dry out the areas that had gotten water logged. Getting fast, efficient service make this disaster not as bad as it could have been!

We had water bubbling up into our basement from our floor drain. One call to Roto-rooter, and we were quickly set up with an appointment for the following day. Our window of time was from 1-3, but the technician was running behind. However, we received two calls from dispatch apologizing for the delay and reassuring us that they will be out to fix the problem as soon as possible. The technician showed up at 4 and was done in less than an hour. He was careful not to make a mess and he cleaned up the little bit of mess that was there at the end. He was pleasant and didn't mind our daughter who wanted to ask him lots of questions and see what he was doing. As promised, he provided a quote in writing and began working immediately. No surprises, No gimmicks, No bait-and-switch tactics. Everything was straight forward and the problem was resolved to our satisfaction. Great job Danny #2153 and to Roto-Rooter for helping us out. Jeff-Sturtevant, WI.

Scheduled service Sunday online for Tuesday between 10am and 12n. Received a called Tuesday morning about 8:45 and they were Andrew was here at 9:15 and opened the line and made sure that everything was flowing. He was very pleasant and respectful and I wish there were more people like him. Good job, we are very satisfied.

Called Roto-Rooter to install new sump pump and back up pump in our Naperville home - technician was very friendly, informative and even arrived early. Never felt pressure during the entire process. A+

called Thursday and scheduled for 10-12 noon and no show, called and told "truck broke down" and rescheduled for Friday at 11 am. Noon Friday and no tech and told one would be here at 1 pm..and the tech Danny was here and helped us with our clogged basement laundry tub...he did a good job and was pleasant considering we were a bit disappointed as this is the second time we had used Roto Rooter and had a great experience...timely...the first time. All is well in the laundry area and now time to get that TON of laundry started.

Scheduled Roto-Rooter to come out via online. Got a call in an hour and got a 2 hour time window. Tech arrived on time to Elgin, IL. Fixed my clogged sink and told me how to prevent it in the future. They were expensive, but came out the same day.

We live in Des Plaines and I called another plumber first. I didn't feel comfortable with what I was told and call RR. The technician Jimmy #1333 came out an hour after I called. Jimmy was very professional and informative. I would definitely would use their service again. Hopefully I won't ever need to.

Roto-Rooter is Open, Fully Staffed, and Ready to Help 24/7. Our plumbers are dependable, fast, and friendly. Call Now!

Hours
Regular Hours
Neighborhoods
Central Chicago, The Loop, Near East Side
Other Link