Great people to do business with.
Love the savings on my electric bill.
Thank you!

Punctual! Very professional, helpful, kind and a great deal! I have always been skeptical on AC companies just trying to sell you whatever. This company explained everything and gave options NO PRESSURE!

Our old AC stopped working, they came out and quickly learned the coolant was low. Before calling a business we never dealt with, we feared the unknown such as being talked into replacing the entire system. The guy they sent, (Chris) was so honest, friendly, and knowledgeable; It was I who had to ask about replacing the entire thing. He was focused on fixing our existing, my wife and I were pleasantly surprised. Needless to say, They fixed it for less than we thought, I don't know how they made any money after all that work. :-)

This company is honest and dependable. I manage shopping centers. A tenant called me yesterday to inform me that her A/C was not working. Her A/C maintenance contractor said that the compressor needed to be replaced. The tenant was new to the center, so the unit was still under the Lanldord's warranty. I called Prestige and it turned out to be a minor repair at a cost of $75.00. I love these guys!

Excellent and Trustworthy!!! Brian does great work and you can bet that he is the best there is! You will be satisfied and glad you chose Prestige! Do yourself a favor and save the hassle others will cause. Call Prestige!

Honest and trustworthy! The best HVAC company I've ever used. Friendly staff, very professional and honest. Great, reliable work and I love the same day service! I would recommend Prestige to anyone!

We used Prestige last summer to install our new A/C in our house, The house is little older and we were nervous how it would go having a new unit put in, but the folks at Prestige made it simple and pleasant. I would definitely recommend them to friends and family and will use them again!

Excellent service, respectable workers, professional and knows how to get the job done right the first time!!!! I would recommend Prestige to anyone who wants great service and a great price!!!!

Excellent fast , reliable service . I would recommend Prestige to anyone who wants great service .

Fantastic service, knowledgable staff, very friendly and professional! I would recommend this company to anyone. I even price shopped around with other companies and price couldn't be beat.

I wish I could give more than 5 stars. I have been a customer for a little over 2 years now. Very reasonable prices, honest, very knowledgeable, doesn’t treat me as just $ in his pocket, like a lot of companies do, I am treated on a personal level, and my needs are important to him. A few weeks ago- my son woke us up in the middle of the night and the house was very hot-it seemed that during a thunderstorm that night-the unit was not working. We called Brian and he was out the next morning, it was a very minor problem to our system luckily. While Brian was there, he also checked out our system for Freon, etc. to make sure we would not have any problems in the near future when the temp starts getting high.

He sat down and explained everything to me so that I understood, and if I have questions he answers them without having an attitude, he made sure I totally understood what the problem was and what needed to be done. He comes out exactly when he says he will, one time he got caught up in traffic and he called to let me know, so I wasn't sitting around wondering if someone was going to show or not.

The service I get from Prestige Air is above and beyond any other company I have ever used in the past!!

I have lived in my home for many years, other companies didn't take time to make sure I understood everything and didn’t call if they were late and sometimes just wouldn’t show up at all. There was two companies I had used in the past, that made me feel like all they cared about was trying to hurry up so they could go home, and it was obvious all they cared about was just getting a paycheck and many times was pushed or hassled into buying things or services I didn't need.

Not once with Prestige Air, have I ever been hassled to buy something or have something done, that wasn't necessary at the moment. I am given suggestions and an explanation on why it was suggested and why I should get it or have it done eventually.

I was referred by a friend, and I am so glad I listened. I will never use any other company in the Tampa Bay area. I finally have found a company that makes me feel like I am in good hands, and I know I can count on for emergencies and gets the job done right the first time. To many times in the past I have had to have tech's out 2 or 3 times before my issue was fixed, One time I was due for my system cleaning and the tech broke something and never told me or their boss, so a few days later I started having problems with my A/C, they sent that same tech out, since he was the one who worked on it last, he said there was nothing wrong, so I had to call again, a 2nd person was sent, they couldn't figure it out, finally a manager came out and fixed the issue, I got an apology but it wasn't sincere, and to top it off, they wanted me to pay for something their tech did!! After that I called my friend to get the # to Prestige Air and have been a customer for over 2 years now.

He is very professional, friendly and has a caring attitude, and because of that and all the other wonderful things I have written, I will always use Prestige Air and recommend to anyone who has heating/cooling issues or needs a new system. I love that it is a family owned and operated company.

Brian is a family man, caring and professional all at the same time, and treats his customers with respect and how he would want to be treated if he had to have a company come out to his home.

Thank you for having a company who cares about people.

Keeping You Cool When Things Get Hot

Keeping You Cool When Things Get Hot 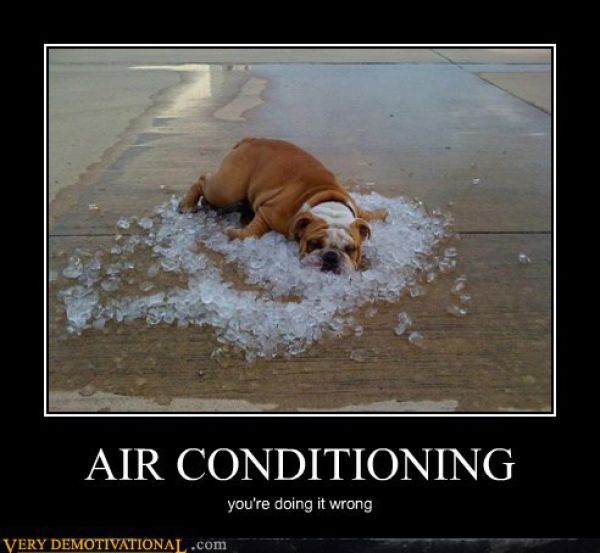