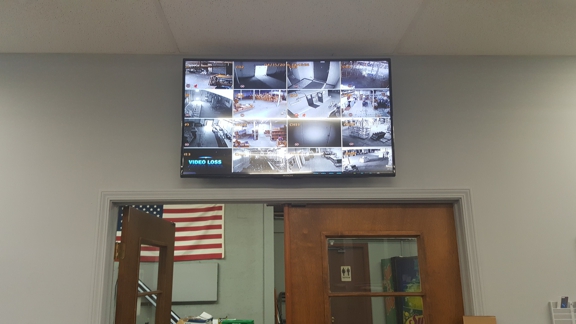 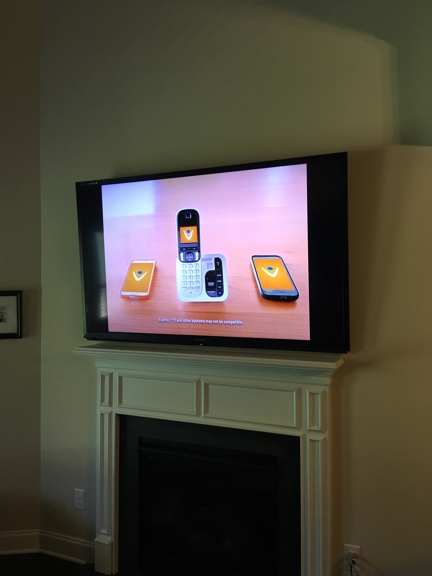 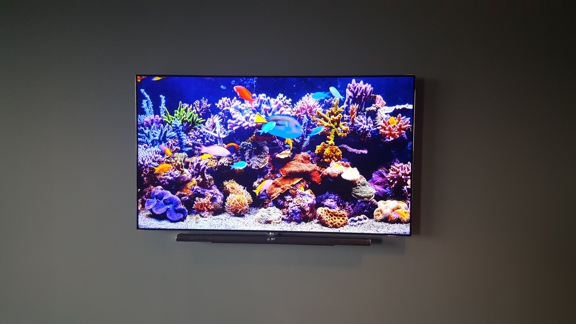 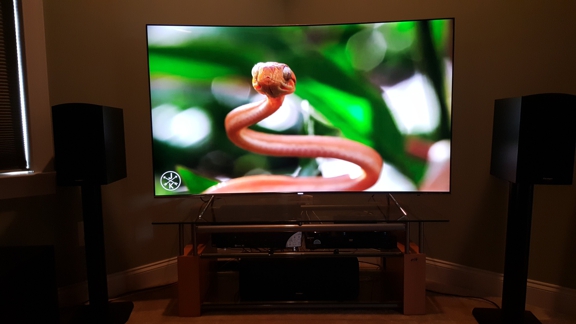 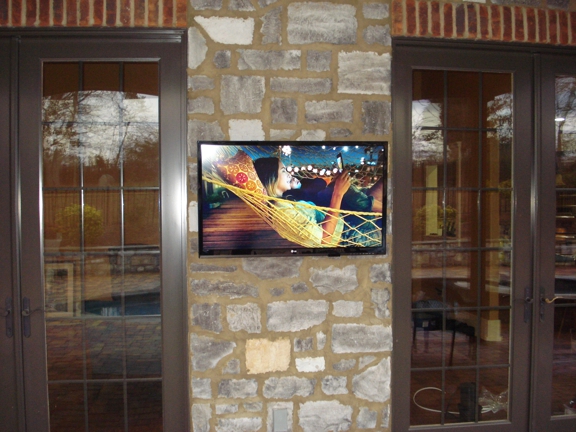 This place is closed down & the building has been empty for nearly a year. The owner is no longer in tv repai business. Wen their to find out that out of business.

We had them mount a TV over our stone fireplace

Not an easy task but done with care and obvious professionalism. We also ended up upgrading our Harmony remote which became a real challenge After many trips back to our house, without complaining, the issue was finally discovered an corrected and never once did we feel like we were imposing.

Their attitude, all along, was and is, if its not right we'll keep working until it is. Period !

Would I recommend them ? Can't wait till I get the chance :)

Courteous and friendly, but the "free" diagnosis is not free. There is a charge for diagnosing problems on televisions that are seven years old or older. This is not stated on the website.

I own Brandon's PC Repair here in Gastonia and I needed work done on my malfunctioning TV I had bought from Best Buy so LG sub-contracted Wide Screen TV to do the work. Both guys that have been out here were very friendly and professional. It was an overall great experience!

I tried in vain to find anyone that would help repair my LG DVD, VCR recorder. I found few that would speak with me and not one who said they could help until (Thank God) I stumbled across Shaun and the folks at Wide Screen TV. They where more than understanding of my problem and went above and beyond to help resolve my issues with LG, not once but twice; moreover they ordered a replacement part should this happen again. Just so this is clear for anyone who reads my post. I truly do not have the words to express the gratitude to Shaun , Matt , Scott (He is a genius at what he does btw) and Becky who is awesome. I really owe them not more than a thank you but need anyone who reads this to know they are GREAT AT WHAT THEY DO.

Toshiba 42 inch, plasma went out on Wednesday, the 29th of March. I was clueless on what to do about the problem. I made a rash decision and went to Target and bought a 37 inch LCD as a replacement. After realizing that I possibly made a mistake by buying the new TV, I called some repair shops around High Point, NC area on Thursday. After speaking with some of these shops, I was unimpressed after explaining the problem to them. Everyone I spoke to either said junk my TV or they wanted $400.00 or more to repair the problem. I really couldn't bear to get rid on my Toshiba and my last resort was Craigslist. I checked Craigslist and located a business called "Widescreen TV Repair" in Belmont, NC. I made the call and spoke with a gentleman named Matt. I explained to Matt the problems I was experiencing with my TV and he immediately said it was one of two problems. In addition, Matt requested that I email him a picture of the TV. After receiving the picture, Matt suspected the sustain board to have gone out and was sure it could be repaired. Keep in mind, I drove from Lexington, NC to the repair shop. On Thursday, I took my TV to the shop, dropped it off and paid the diagnostic fee of $30.00. On Friday, Matt called me back and told me my TV was fixed and ready to be picked up. When I got to the shop, I actually paid less for the repair than what I expected. Thanks Matt and Shaun for a job well done!!!

I spent about 2 days looking for someone to work on my parents big / wide screen TV. I called and searched on the web for someone and I found Wide Screen TV. Called them up and spoke to a super nice man, Matt. I asked him all my questions and he took his time. Never did he make me feel stupid or that I did not know what I am talking about. I know he knows more then me but he was very nice about it. It was hard to find someone, mainly becuase I did not know of these people at Wide Screen TV. You dont wont just anybody coming out to your home and working on your TV. Matt, knew what I was talking about and was upfront on everything I needed to know. I had them to come out to look at the TV. It is a 56 inch Hitachi and we have had it about 7 years. We have not had any problems at all. The blue lines were off and getting worse everyday. They had the tech, Danny to come out first and then "Papa Bear" to look at it. Our TV was not helping, and was not being nice to work on, it was giving them a hard time to get fixed. They had to take it into the shop to work on it. It took about a week to get fixed, but the weather had slowed us all down several days. Snow and ice. They did fix our TV and it is working great now. Everyone was so nice, they really took excellent care of us. I would call them again for sure....If you are looking for someone to work on your TV please give them a call. They are fast, friendly and know what they are doing. Again, PLEASE GIVE THEM A CALL. Thank you for your time.

I truly didn't know there were still companies like this one out there, but so very glad to see that there is. Widescreen TV has outstanding customer service and not to mention know what they're talking about. Only needed a bulb replaced for my TV and they got me in and out in no time and helped me understand what I needed to do to my TV in order to get it working properly again saving me a lot of time and money. Thanks guys, appreciate it more than you know.

I have tried to have a couple of my TV's fixed over the years at different TV shops and have honestly been let down in one way or another. Recently I called around and needless to say most were rude didn't have time to talk or were just out right shifty. Until I got through to Wide Screen TV these guys were on the top of their game. When I got through to the office they were very helpful answered all my questions and honestly cared enough to take time to explain what was going on with my TV.

However I expected someone to pull up to my house in a box truck with a couple of rednecks dressed like billybob! I was totally wrong about that. Their van was clean well marked with nice graphics and the drivers were in company shirts and were extremely helpful.

The job didn't end well as my TV was beyond repair the light engine was gone and needed to be replaced but instead of trying to talk me into an expensive repair they helped me choose a new TV from their inventory to buy.

I would recommend these guys to anyone they really delivered on their promises.

Called around to several TV repair shops, doing my best to shop for the best rates ad service I decided to go with Wide Screen TV. These guys are on top of it, great customer service, professional employees, really good rates and fast response times. They told me same day service and sure enough they were here within minutes of the call. I must admit after talking to some of the other shops I was truly happy with the way that they assisted me. One of the owners actually took time out of his day to answer all of my questions other shops just wanted to come get the TV. I really recommended these guys not only did they do a great job they did fast and painless. Keep up the good work guys!!

Let WideScreen TV make your Home Theater room one of your favorite destinations.